Noting that Charlestown voters favored Chafee in the four-way 2010 gubernatorial election, CDTC Chair Catherine O’Reilly Collette wrote that Chafee’s win in Charlestown had a lot to do with his pro-environment record.

Collette points out that whatever gains these bills might generate in the home-building market would be more than offset by losses in tourism, agriculture, fishing and aquaculture and that “this is not a good trade off.”

The full text of the CDTC letter to the Governor follows:

I write on behalf of the Charlestown Democratic Town Committee to urge you to veto two ill-advised pieces of legislation that are either on or about to reach your desk.

One is H5425A, sometimes referred to as the “Setback” bill that would sharply restrict the ability of municipalities to set standards for the installation of on-site waste water treatment systems that reflect the special needs the community might have for higher standards than those set out by RIDEM.

The second pieces of legislation will arrive at your desk either as S544A or H5703A, sometimes referred to as the “Slopes” bill. Like the “Setback” bill, this legislation would also curb the ability of local communities to set standards for development that reflect the specific environmental conditions of the community.

We’ve appreciated your many visits to Charlestown since you were elected Governor and your attention to our local concerns, whether it’s economic development, recovery from severe storms or environmental clean-up.

You know that Charlestown has a complex eco-system of shoreline, salt ponds, fresh water ponds, farmland, open space and parkland, minimal industry and the Charlestown moraine. Our local volunteer commissions work hard at trying to find local solutions that address the broad needs of the community in this complex environment.

These two pieces of legislation may have good intentions. Boosting the economy in general, and the lagging construction industry in particular is good for the state. But the approach taken by these bills could create its own set of problems that could impact key economic sectors vital not just to South County but to the state: tourism, agriculture, fishing and aquaculture. We do not believe this is a good trade-off.

Cities and towns always have the recourse to rely on RIDEM standards for basic compliance and environmental protection. However, Charlestown as well as many other municipalities needs to have the discretion to add to RIDEM’s basic standards to protect resources in a complex eco-system. In our case, it’s our salt and fresh water ponds and well water supplies, our only source of drinking water.

Charlestown voters supported you in 2010 largely on the strength of your environmental record. You have been a good environmental steward as Governor. That is why we ask you to take the challenging step of vetoing this legislation that would restrict local governments to protect the environment and thank you for your consideration. 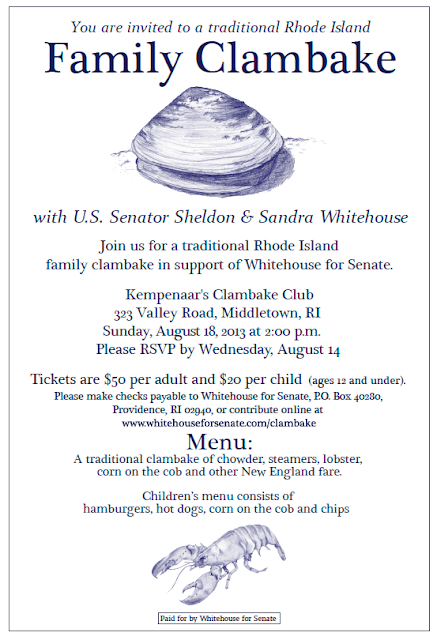 We demand protections for residents

The CDTC has called upon Charlestown’s town government to strictly enforce existing Charlestown laws to protect Charlestown residents from Copar’s operations. For example, the CDTC noted that Copar did not obtain a business license to operate in the town when it took over operations in March.

Further, the CDTC noted that Charlestown needs to review its ordinances to determine whether there are adequate protections on the books to protect residents not just from Copar but from other quarrying and sand and gravel operations. A search of Charlestown’s Code of Ordinances shows almost no regulation of these sites, other than to prohibit swimming in abandoned quarries.

“After the terrible experiences residents of Bradford and Charlestown have had with Copar’s operation in Westerly, you would think Charlestown would be better prepared,” said CDTC Chair Cathy Collette. “For months, CDTC members have been helping the group fighting Copar in Bradford, the Concerned Citizens of Bradford-Charlestown, but Copar’s expansion into Charlestown has significantly raised the stakes.”