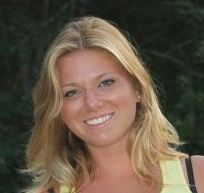 
If you are a Charlestown resident who wants to see decisive change in town, cast a vote for Robert Malin for Town Council on Nov. 8. As a millennial, I believe it is important to elect forward-thinking candidates who will address climate change and other environmental issues like safe drinking water. Robert is a breath of fresh air for Charlestown, a candidate who cares about this town, its people and its future.
Robert believes in transparency and ongoing dialogue between those with political power and the citizens they represent. Political affiliation does not matter, he understands that we all must work together to foster productive change in town. We are all citizens of Charlestown, and as such, we all deserve to have our voices heard. Robert will work for all of us, rather than simply representing a privileged few.
Please join me in voting for Robert Malin for Charlestown Town Council.

A Sustainable Energy Future for our Town


No matter where I go in Charlestown, citizens agree that they live here because of their love for nature. In order to preserve our town’s wilderness, we must work together to protect it from the impacts of climate change, fossil fuels, and other toxins.
This is why I believe Charlestown needs to move to renewable energy. This can easily be done by assisting residents in purchasing solar panels through programs like Solarize.
However, we cannot stop there. It is imperative to also assist our schools and municipal buildings in acquiring solar energy and explore community wind. By using the Commercial Property Accessed Clean Energy program, we can lower the operating costs of our schools while also reducing our carbon footprint, just like West Warwick did.
Additionally, I will work with planning to rewrite the existing prohibitive wind technology ordinance in Charlestown so that other towns will work with us when we want to site a Town owned Community project like they did in West Warwick and form a water safety task force to test for toxins and ensure a safe water supply for our town.
Although challenging, these changes are necessary to setting Charlestown on the right path to a sustainable future. In doing so, we can prepare the town for the transitions we need while protecting the health and safety of our residents. This is the kind of leadership that, if elected, I pledge to provide.

On November 8th, the voters of Charlestown will be asked to approve or reject a Town Council amendment to the Home Rule Charter without the council having followed proper procedure as detailed in that charter under CHAPTER 6 - CHARTER REVISION ADVISORY COMMITTEE which states, "At least once annually, the Committee shall meet for the purpose of reviewing the Home Rule Charter. The Committee may schedule as many workshop sessions and/or public hearings as it deems necessary to complete its review."

By disregarding the rules of our charter, the Charlestown Citizens Alliance (CCA) Town Council have abused their power by fast-tracking this amendment change without due process.

Bottom line, they want to limit your rights to petition our government by eliminating Citizens Petitions from our yearly Town Financial Referendum (TFR), but won't limit their ability to do the same. This means that if they wish to bond anything by using millions of your tax dollars, they can place it on the yearly TFR.

The chart below clearly demonstrates that from 2002 to 2015 this council, along with past councils, has taken advantage of the TFR by bonding $ 8,953,800 approved by a minimum of Charlestown's voters.

Conversely, during the same period, Citizens Petitions have received voter approval for $3,594,000 with increased voter participation. Please keep in mind that $2,000,000 of that total was initiated in 2004 by Faith LaBossiere, a CCA founding member.

Town Council Member, George Tremblay recently wrote an article, in this paper, in which he states, "It follows that the town is best served when such financial obligations reflect the voice of the largest number of voters among a well informed public." This is a bit hypocritical when you consider that his council asked the voters to approve $2,000,000 for Open Space during the 2015 TFR but now want to deny us that same privilege.

LOCAL QUESTION 8 is a scam folks. This council wants to deny your right to petition our government but will not hold themselves to the same standard. They will continue to use the yearly TFR to push their own agenda but hold us hostage until a general election.

Citizens Petitions are one of the purest forms of expression in our democracy. It gives us the right to tell our government what we, the people of our town wish to have the voters consider.

By rejecting LOCAL QUESTION 8 - AMENDMENT TO THE CHARLESTOWN TOWN CHARTER, we can send a clear message that we do not want any more of our rights or freedoms taken away by this or any other council.