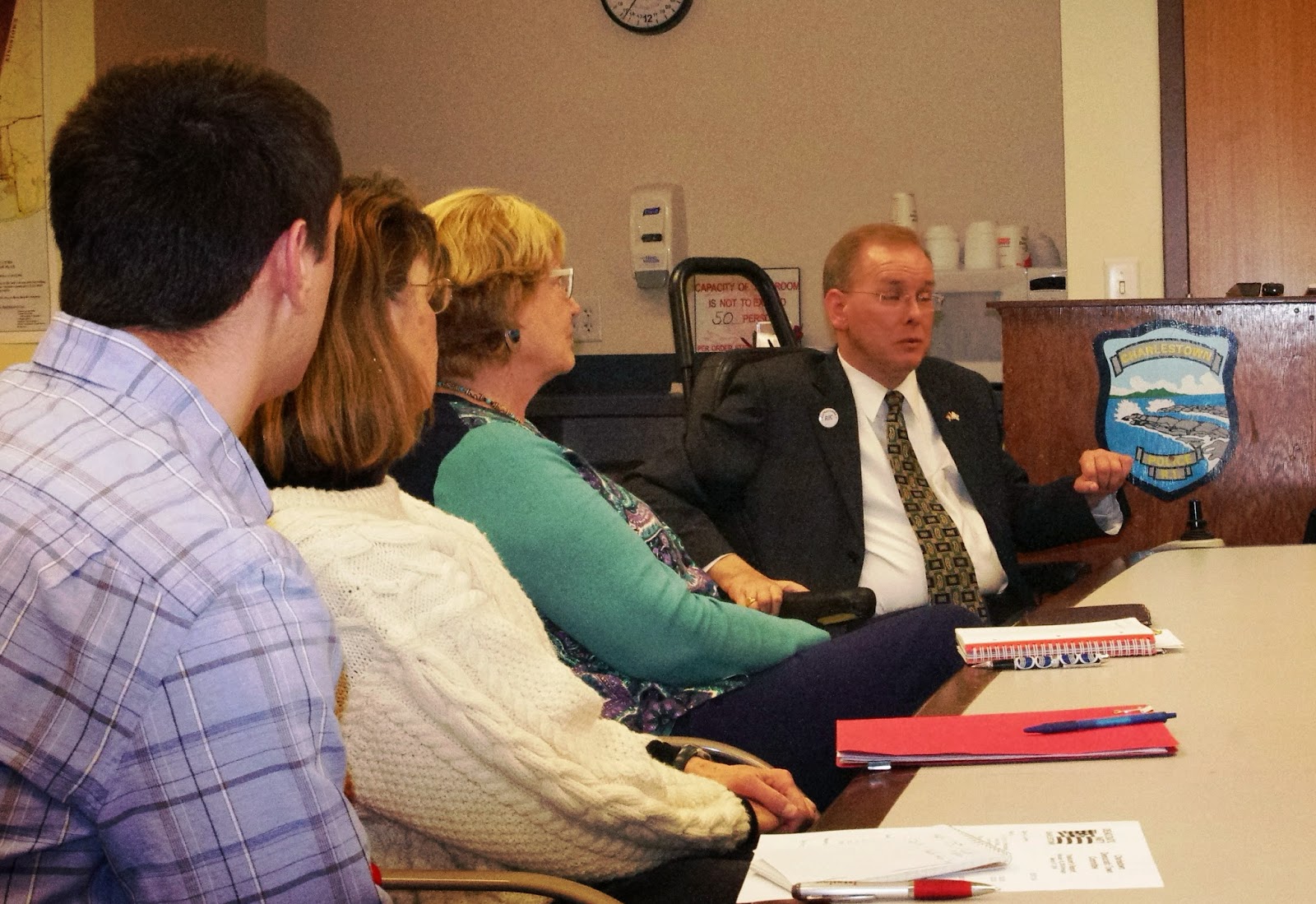 The Charlestown Democratic Town Committee (CDTC) is pleased to announce that it unanimously voted to endorse Second District Representative Jim Langevin for re-election. “We are also proud to note,” said CDTC Chair Cathy O’Reilly Collette, “that we are the first municipal committee to endorse Rep. Langevin in 2014.”

Although Congressman Langevin does not face a Democratic opponent in the September primary, the CDTC decided to make their long-standing support for him both clear and public.

Members cited Mr. Langevin’s long service to the Second District and to the country, helping to bring programs and businesses to the community that create jobs and enhance the economy. The Committee praised him as a champion for working families, for open access to health care for all, and for his stalwart assistance to the elderly and veterans.

“It also made a difference that he actually asked us for our endorsement,” said CDTC Chair Collette. “He cited an anecdote told by former Speaker of the House Tip O’Neill about not taking people for granted. The story is from early in O’Neill’s political career when he was running for re-election. He recalls being told by one of his former teachers that she intended to vote for him ‘even though you didn’t ask me to.’”

O’Neill said he was shocked and asked his former teacher why, after all the years he cut her lawn and shoveled her snow, she would even consider not voting for him, to which she replied, “Let me tell you something: people like to be asked.”