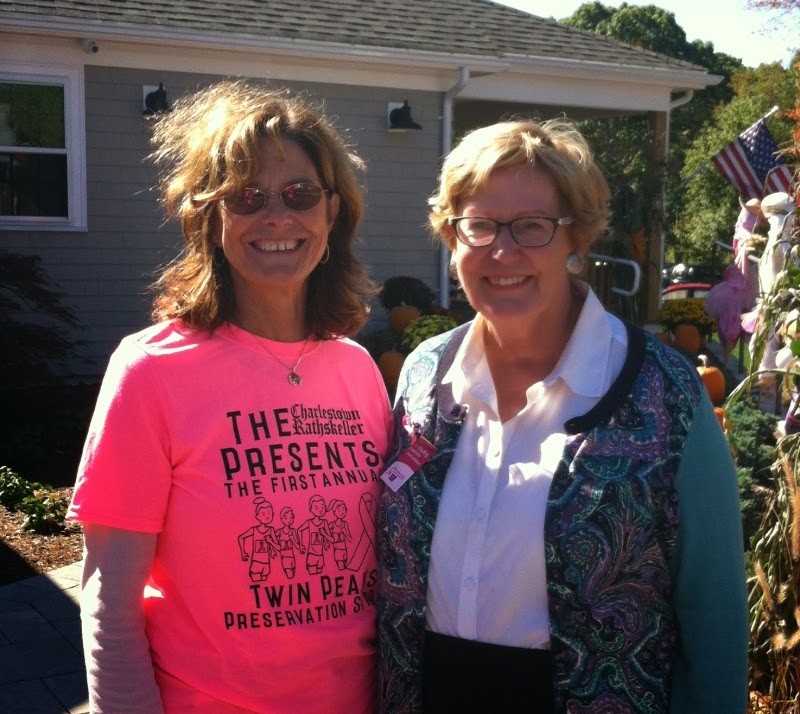 The following letter was published in The Westerly Sun. Author Frank Glista is a member of the Charlestown Democratic Town Committee and submitted the letter for publication here.

On Sunday October 5th, the Charlestown Rathskeller restaurant hosted an event called "The First Annual Twin Peaks Preservation Stroll". This well advertised American Cancer Society fundraising event catered to those who are or have suffered with breast cancer. It was a beautiful crisp morning as the crowd of over 100 people gathered to share stories about this horrific disease and the loved ones that it has taken, but also to celebrate the ones that have survived.

Rep. Donna Walsh took the microphone and told the audience about the legislation that she co-sponsored named "The Dense Breast Notification and Information Act" that took effect on October 1st. Because it is difficult to detect a tumor in dense breast tissue during a mammogram, this act allows women to be notified immediately for further testing, if this condition exists. The crowd applauded enthusiastically.

Our Town Council Vice President, Paula Andersen, privately shared stories about her paternal grandmother, two aunts and her daughter-in-law who have all experienced this ravaging illness. One speaker asked the crowd to raise their hands if they have breast cancer or have survived it. I was absolutely shocked to see the number hands reach to the sky letting the world know that this illness has touched their lives. I felt honored to witness the strength of these beautiful women who are committed to conquering this disease.

Although this was not a political event, comments were made. As we walked along Old Coach, Road during the 5K portion of the fundraiser, we passed one of the "bigger than life" Charlestown Citizens Alliance signs supporting all of the Independent candidates that are running for Town Council. I overheard one of the comments made by a woman walking ahead of me, "I wonder why none of these people are here?" she asked her friend as she pointed to the sign. Although I remained silent, it gave me reason to pause and reflect on her question.
Surely the Independent candidates, that are supported by the CCA, or their members have loved ones that have or are suffering from this terrible disease? Is weekend canvassing and winning an election really more important than supporting and participating in this wonderful local event?